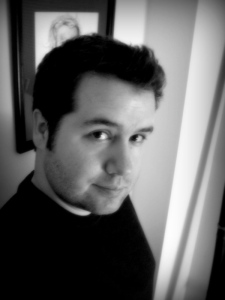 He is the President of Healing Beyond Borders, the international education and certification organization for Healing Touch. Joel is an active member of the International Dementia Scholars Collaborative, the Gerontological Society of America, and the International Family Nursing Association. He is a member of the Kappa Omicron Nu honor society and the Sigma Xi Scientific Research Society. He also serves as a peer reviewer for the Department of Defense Congressionally Directed Medical Research Program, the Tri-Services Nursing Research Program, and the Wellcome Trust. Joel is editor of the International Family Nursing Association blog. Joel is an elected fellow of the Gerontological Society of America.

In 2017, Joel was named one of the Top 20 nursing professors on Twitter. In 2014, he was named one of the 100 Inspiring Nursing Professors to Watch by the Online LPN to RN blog. In 2012, he was an invited fellow at the 12th Annual Summer Institute on Randomized Behavioral Clinical Trials sponsored by the Office of Behavioral and Social Sciences Research at the National Institutes of Health, and the 6th Annual Mary Frances Picciano Dietary Supplements Research Practicum sponsored by the Office of Dietary Supplements at the National Institutes of Health. Joel is a fellow of the Gerontological Society of America.

Joel’s research program focuses on non-pharmacological interventions for symptom management and caregiver support in Alzheimer’s disease and dementia care. This focus includes an exploration of the psychosocial impacts of dementia caregiving in an effort to develop person- and family-centered intervention strategies to alleviate caregiver strain and improve quality of life. He is currently involved in several funded studies to examine family quality of life in dementia and to ascertain issues related to caregiving, including the use of social media as part of the family caregiving experience, as well as the unique needs of the LGBTQ+ caregiver population and older adults. Joel has recently received an R03 award funded by the National Institute on Aging to examine family quality of life among LGBTQ+ caregivers of people with dementia. He consults on media strategies to promote public and patient involvement in research with the Centre for Medicine and Aging at the University of Stavanger in Stavanger, Norway. Additionally, Joel collaborates with nursing researchers at the Inova Health System in Northern Virginia on projects to improve patient-centered outcomes in acute care. He has published over 60 peer-reviewed articles in numerous academic journals, including Research in Gerontological Nursing, the Journal of Complementary and Alternative Medicine,Brain Research, theJournal of Holistic Nursing, Holistic Nursing Practice, and theJournal of Family Nursing.

For over 15 years, Joel has been actively involved in efforts related to multicultural inclusion within academic institutions. As a doctoral student at UNCG, he was a member of the Provost’s Student Advisory Committee and the Inclusive Community Initiative Task Force of the Faculty Senate. While at UVA, Joel was a member of the School of Nursing Diversity Committee, a faculty member of the Compassionate Care Initiative, and a faculty ally of the Inclusion, Diversity, and Excellence Achievement Initiative. He also served as member of the UVA Martin Luther King, Jr. Celebration Planning Committee for five years and co-chaired the UVA Health System MLK Sub-Committee. In 2016, Joel received the UVA Health System Martin Luther King, Jr. Award in recognition of his dedicated work related to diversity and inclusion. Joel currently serves as a member of the UTK Faculty Senate, including the Faculty Senate Diversity and Inclusion Committee. He has recently served as co-chair of the UTK Chancellor’s Commission for LGBT People.

One Reply to “Bio”